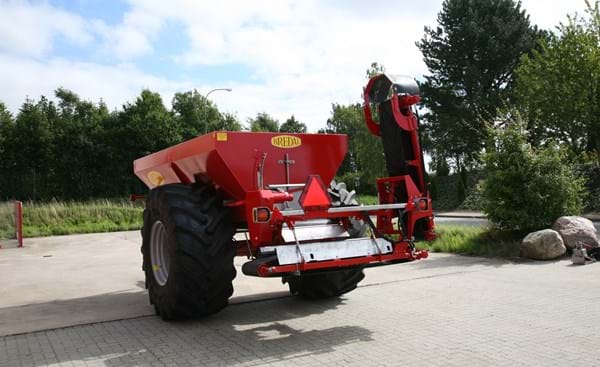 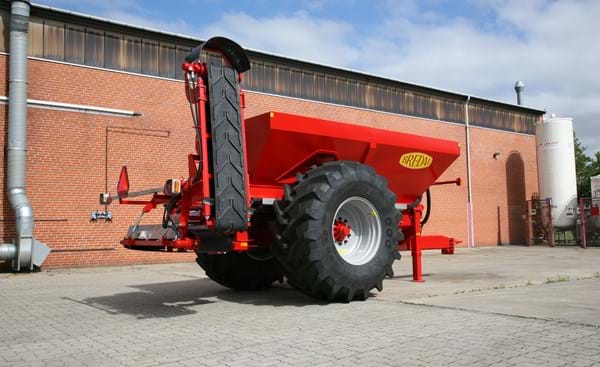 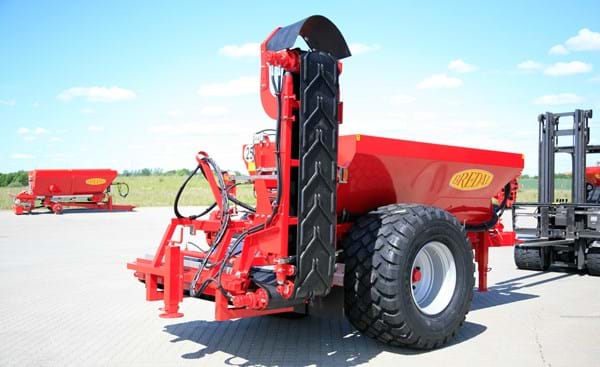 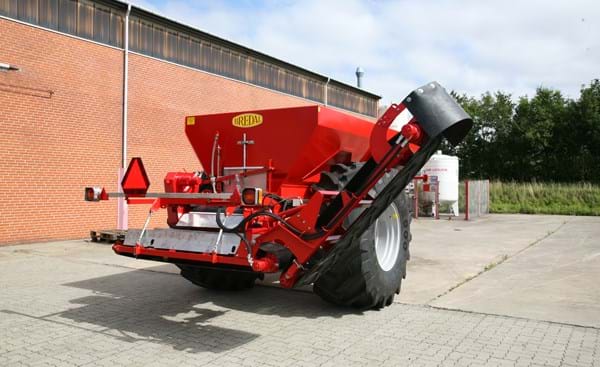 The lateral displaceable unloading belt, mounted at the rear of a K machine is delivered as a single belt, or two belts as an extension of one another that can be shifted and folded up in a transportation position. Can be fitted on all K models.

Bredal's lateral displaceable sand belt is supplied either with a single belt that can be displaced 700 mm or with an extra foldable link for increased range. The belt is supplied as standard for laying on the right side, but can also be supplied facing to the left.

Horisontal belts are in 2 versions, one fixed and one side slidable to one side 700 mm.

The belt is supplied for all types of K machines and is mounted in the rear instead of the spreader.

Can be supplied so that it is possible to switch between spreading unit and sand belt.

Other products in this series

Bredal's sand conveyor can swing 70° to either the right or left side. It can be mounted on all types of K-machines, as well as older lime spreaders from Bredal.
Go to the product